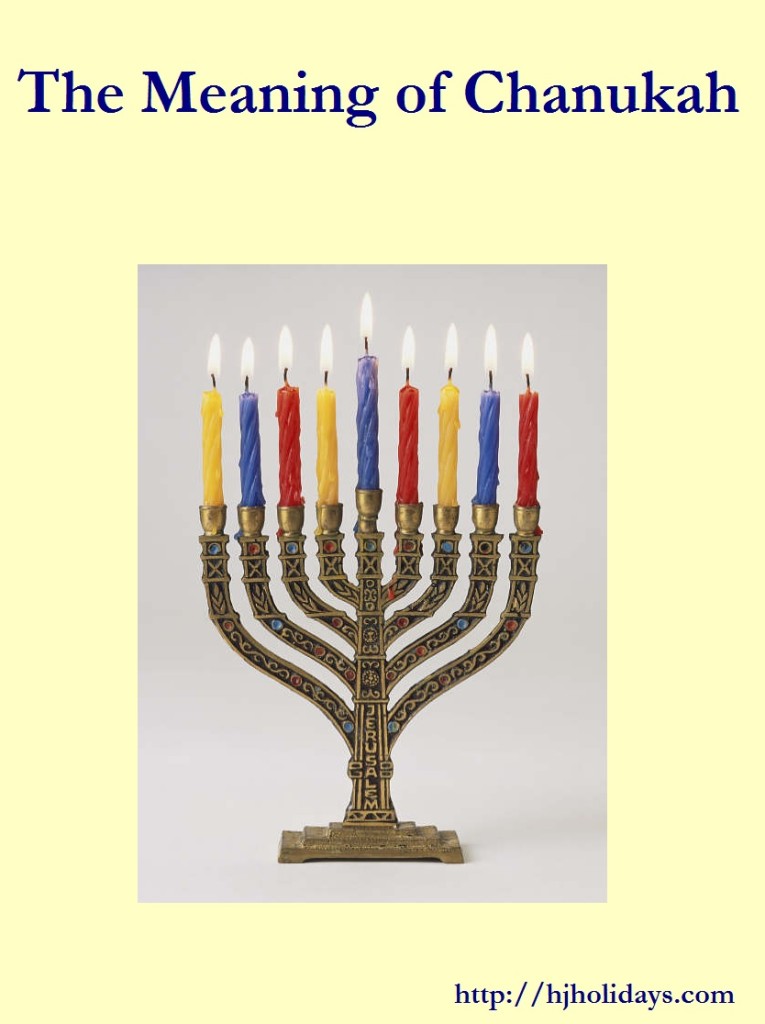 The Story of Chanukah

The story of Chanukah begins in the reign of Alexander the Great. Alexander conquered Palestine, but allowed the lands under his control to continue observing their own religions and retain a certain degree of autonomy.

Under this relatively benevolent rule, many Jews assimilated much of Hellenistic culture, adopting the language, the customs and the dress of the Greeks.

More than a century later, a successor of Alexander, Antiochus IV was in control of the region. He began to oppress the Jews severely, placing a Hellenistic priest in the Temple, massacring Jews, prohibiting the practice of the Jewish religion, and desecrating the Temple by requiring the sacrifice of pigs (a non-kosher animal) on the altar. 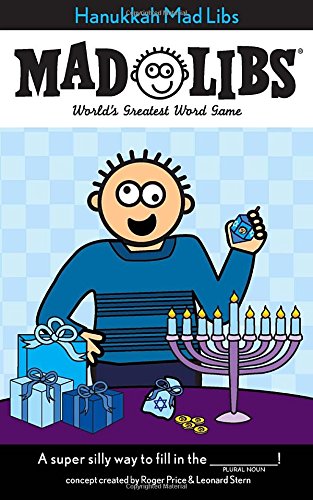 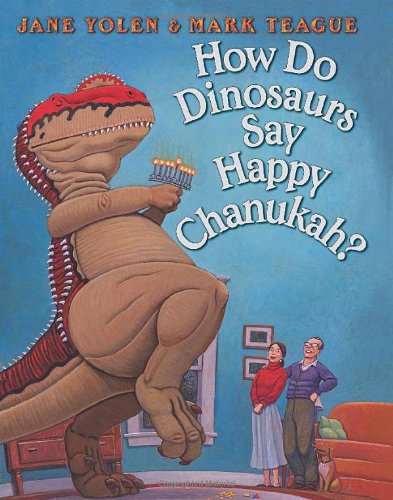 How Do Dinosaurs Say Happy Chanukah? 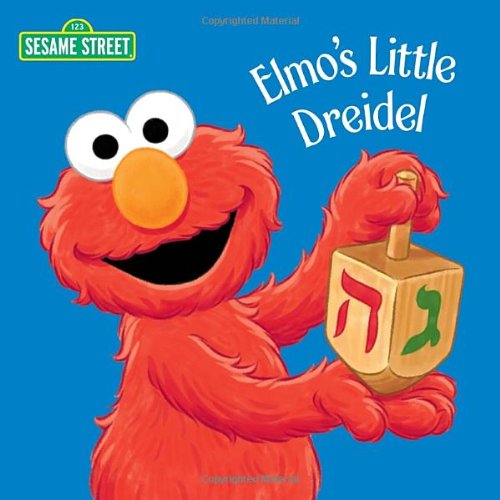 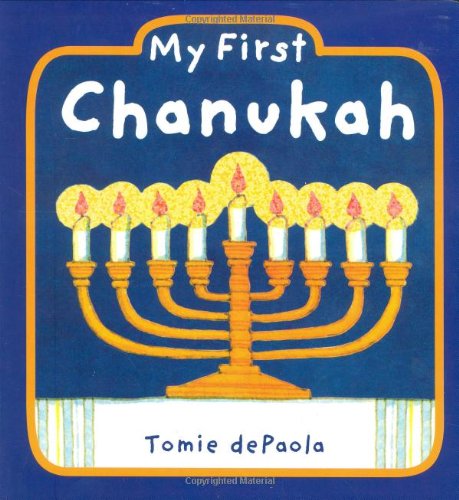 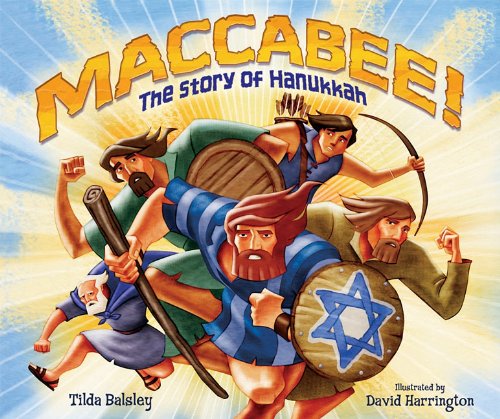 Maccabee!: The Story of Hanukkah 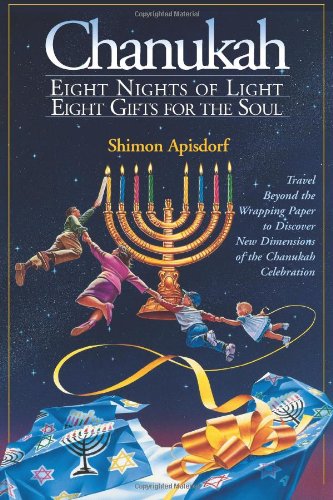 Chanukah: Eight Nights of Light, Eight Gifts for the Soul 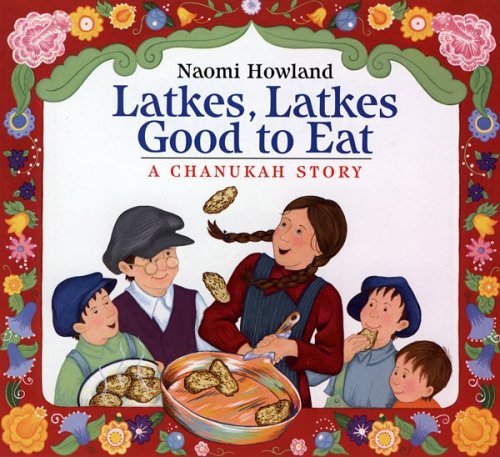 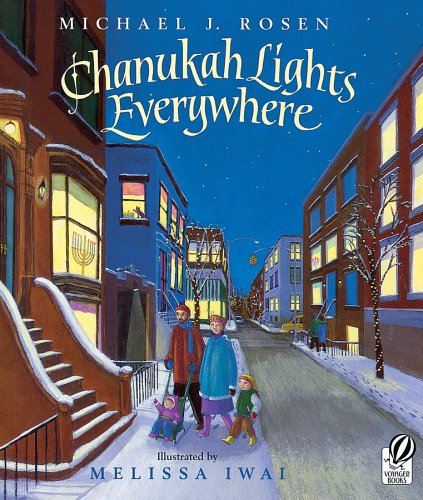 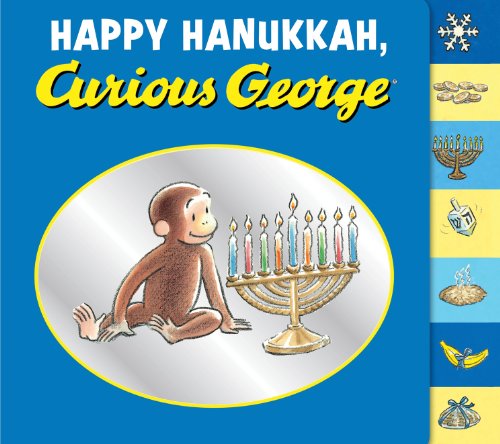 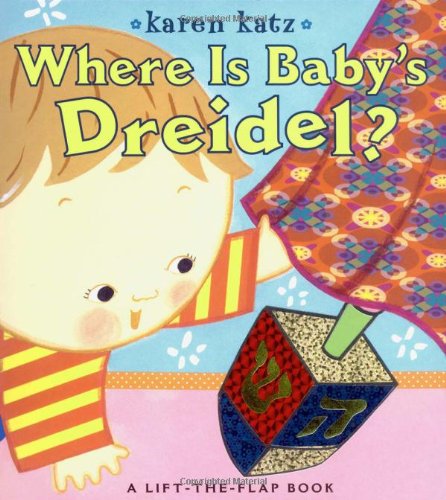 Where Is Baby’s Dreidel?: A Lift-the-Flap Book

The Rebellion Against Antiochus and the Miracle

Oil was needed for the menorah 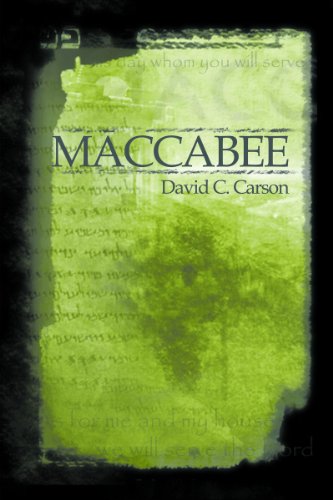 Two groups opposed Antiochus: a basically nationalistic group led by Mattathias the Hasmonean and his son Judah Maccabee, and a religious traditionalist group known as the Chasidim, the forerunners of the Pharisees (no direct connection to the modern movement known as Chasidism). They joined forces in a revolt against both the assimilation of the Hellenistic Jews and oppression by the Seleucid Greek government. The revolution succeeded and the Temple was rededicated.

According to tradition as recorded in The Talmud, at the time of the rededication, there was very little oil left that had not been defiled by the Greeks. Oil was needed for the menorah (candelabrum) in the Temple, which was supposed to burn throughout the night every night.

There was only enough oil to burn for one day, yet miraculously, it burned for eight days, the time needed to prepare a fresh supply of oil for the menorah. An eight day festival was declared to commemorate this miracle. 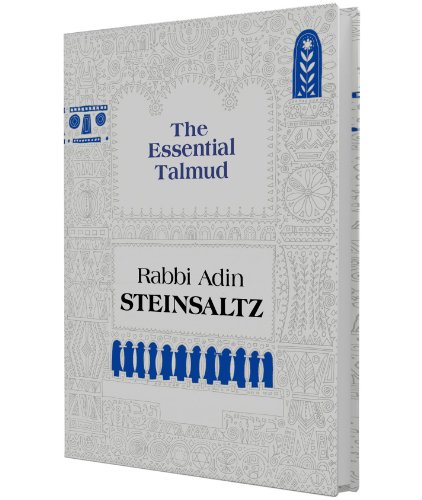 An Excellent Introduction to Chanukah – with Theodore Bikel 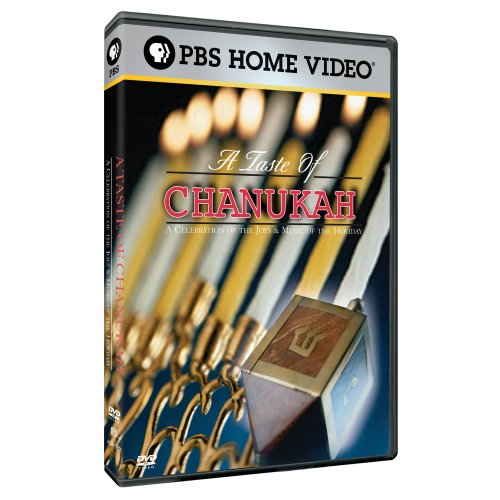 A Taste of Chanukah

A Taste of Chanukah is a joyous celebration of Chanukah that the whole family can enjoy. Hosted by Theodore Bikel and led by Artistic Director Hankus Netsky, the program serves up a festive hour-long concert. The program features over 150 musicians from the different ensembles recorded live at the New England Conservatory’s Jordan Hall in Boston. Listeners will delight in humorist Chasia Segal, who demonstrates how to cook perfect potato latkes.

Chanukah is not an important religious holiday

Chanukah is not a very important religious holiday. The holiday’s religious significance is far less than that of Rosh Hashanah, Yom Kippur, Sukkot, Passover, and Shavuot. It is roughly equivalent to Purim in significance. Chanukah is not mentioned in Jewish scripture; the story is related in the book of Maccabees, which Jews do not accept as scripture.

How to light Chanukah candles

The only religious observance related to the holiday is the lighting of candles. The candles are arranged in a candelabrum called a menorah that holds nine candles: one for each night, plus a shammus (servant) at a different height. 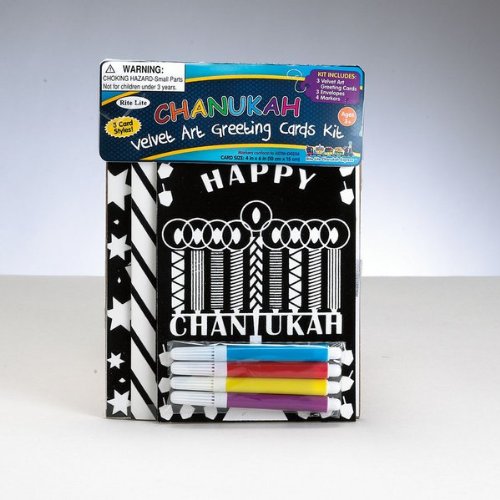 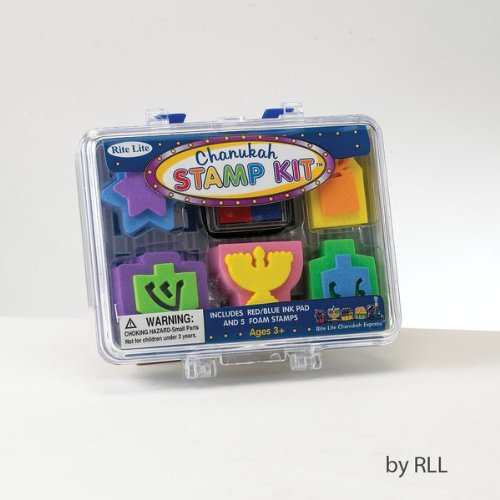 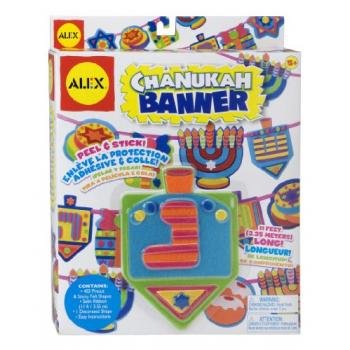 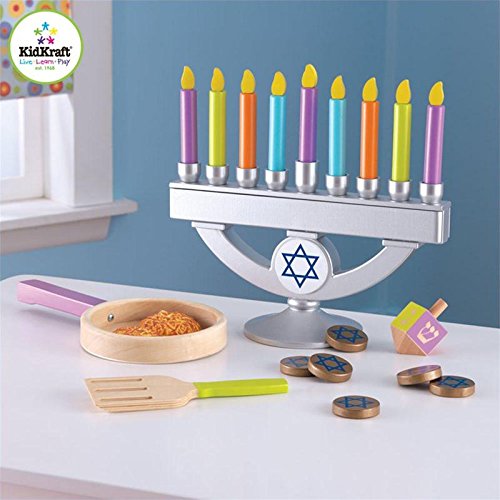 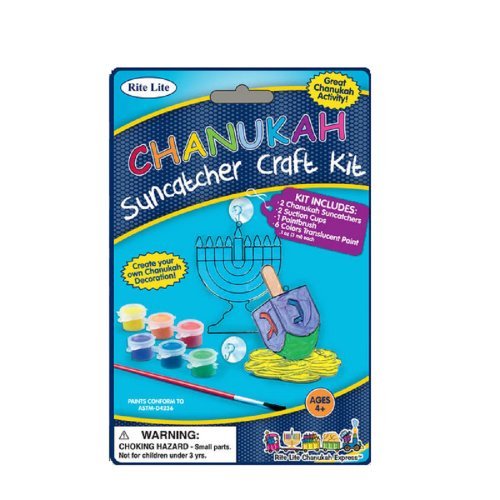 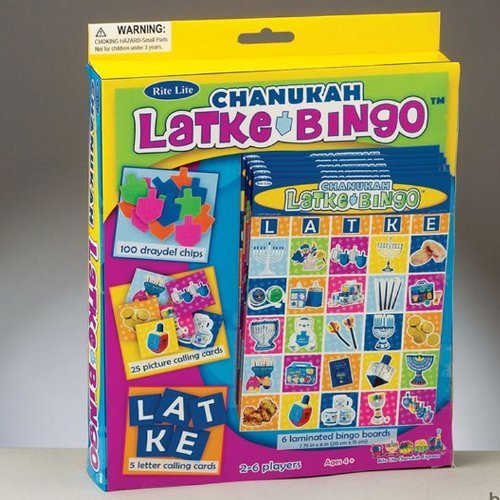 Each night, another candle is added from right to left (like the Hebrew language). Candles are lit from left to right (because you pay honor to the newest candle first). On the eighth night, all nine candles (the 8 Chanukah candles and the shammus) are lit. On nights after the first, only the first two blessings are recited; the third blessing, she-hekhianu is only recited on the first night of holidays.

Fried foods are traditional for Chanukah

It is traditional to eat fried foods on Chanukah because of the significance of oil to the holiday. Among Ashkenazic Jews, this usually includes latkes (pronounced “lot-kuhs” or “lot-keys” depending on where your grandmother comes from. Pronounced “potato pancakes” if you are a goy.)

Another tradition of the holiday is playing dreidel, a gambling game played with a square top. Most people play for matchsticks, pennies, M&Ms or chocolate coins. The traditional explanation of this game is that during the time of Antiochus’ oppression, those who wanted to study Torah (an illegal activity) would conceal their activity by playing gambling games with a top (a common and legal activity) whenever an official or inspector was within sight.

Who can retell the things that befell us, who can count them?

In every age a hero or sage came to our aid

Who can retell the things that befell us, who can count them?

In every age a hero or sage came to our aid

Hear! In days of yore in Israel’s ancient land

Now all Israel must as one arise

Redeem itself through deed and sacrifice

Chanukah Candles and Star of David

How to Bless the Chanukah Candles

One candle is added to the menorah each night. The first night, you light only the shammus (the one at a different height) and one Chanukkah candle. By the eighth night, you light all of the candles.

Candles should be added to the menorah from right to left. The shammus candle is lit first. While holding the shammus candle, recite the following blessings. They are usually sung.

Who has sanctified us with His commandments and commanded us

to light the lights of Chanukah. (Amen)

Who performed miracles for our ancestors in those days at this time.

who has kept us alive, sustained us, and enabled us to reach this season. (Amen)

After reciting the blessings, use the shammus to light the Chanukah candles from left to right (newest to oldest).

Candles should be left burning until they go out on their own. They must burn for more than half an hour. Standard Chanukah candles burn for about an hour. 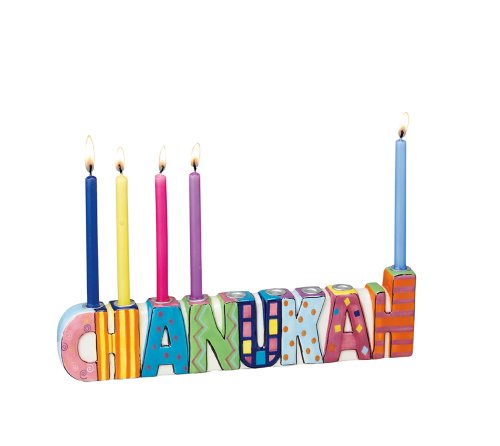 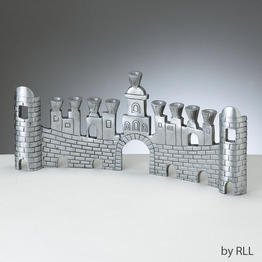 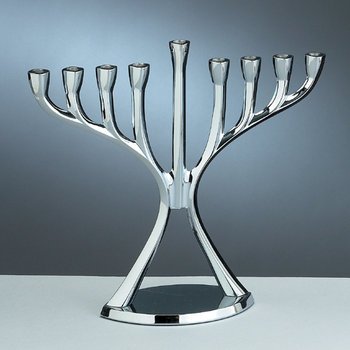 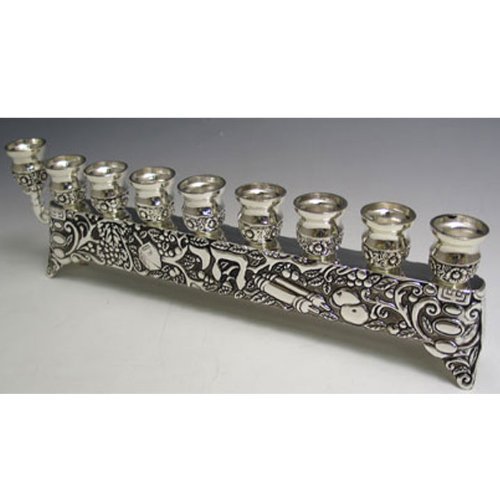 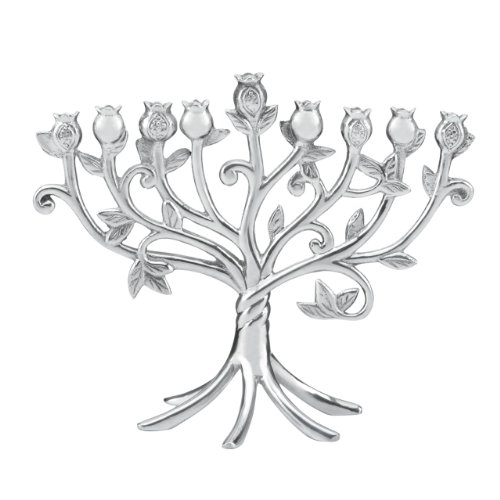 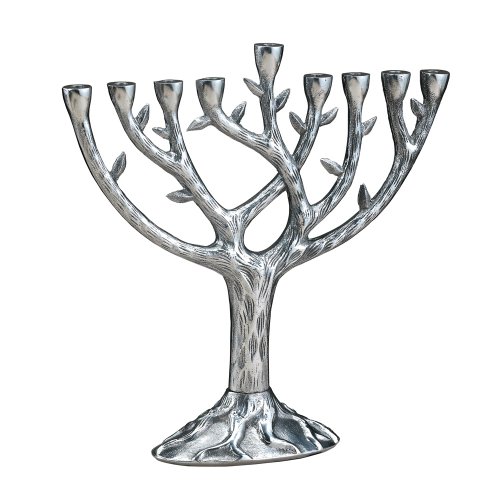 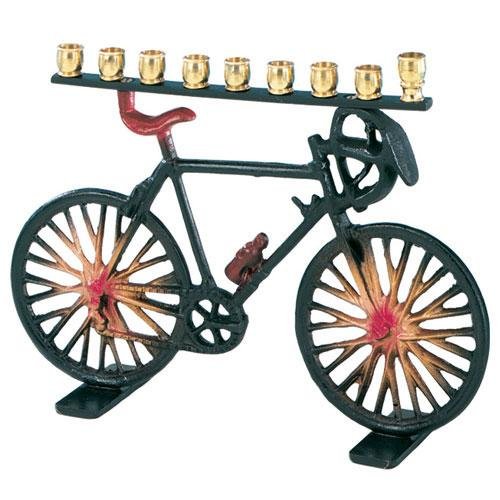 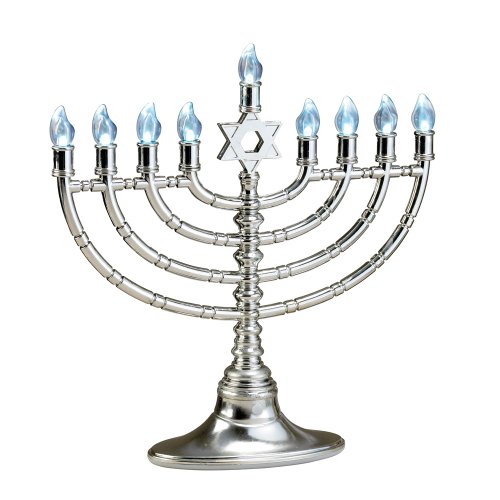