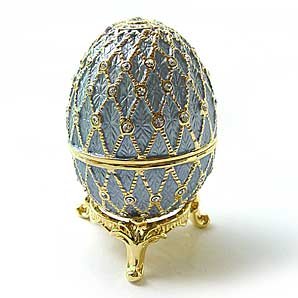 The Faberge name is synonymous with luxury, opulence and craftsmanship. This page pays homage to the artistry and features a selection of Faberge-style eggs, each one of which would make stunning gifts for Easter. Included here are some fine examples flowing from the Faberge influence. Included are display eggs and egg boxes as well as beautiful Faberge egg pendants should jewelry be more to your lady’s taste. Prices range from around $30 to over $2000 so there is bound to be something here to suit every taste and every budget. Each of this is a work of art and each stand as a reminder of a lost world that existed at the time of the Russian Imperial Empire. 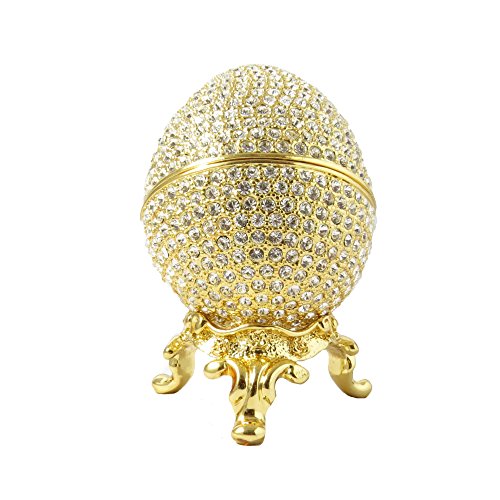 This stunning Faberge style egg will make an excellent gift this Easter. It is made of 24K gold plate then hand crafted and set with Swarovski crystals. The egg opens and has a magnetic closure. It measures 1.8 x 1.8 x 2.2 inches. Pretty presentation box included. This is sure to be a huge hit and something to treasure forever.

Ten fascinating facts about Faberge Eggs – Did you know?

Collectibles from Amazon and Design Toscano

Design Toscano carries a wide range of Fabrege-replica collections. The egg above is from the Pushkin Collection. If you go to the Design Toscano site, you will be astounded at the lovely Fabrege egg boxes for display.  The intricate details on each individual egg are delicate and each egg is different. Some of the eggs sit vertically, and some horizontally. Some of the designs come in more than one color.

This selection comes directly from the Design Toscano site. Some are also available on Amazon, but most are not. Design Toscano has the widest selection. A few, such as “The Lepridae,” come in a set of two.

This egg is stunning with its color variations and design, but what is most unique are the cut-outs in the design. It stands vertically on the individual egg stand, lovely to add to your collection.

As can be expected, any egg named Empress Galina should be luxurious and royal in style. This design definitely fits the bill with silver and gold detailing and royal blue insignia. Click through for more details and more in the collection.

If you need more shelves to display your Faberge Eggs, this curio cabinet is only one of a large selection that Design Toscano carries meant for displaying collectibles. Click through for pricing and styles.

Pin It for Later 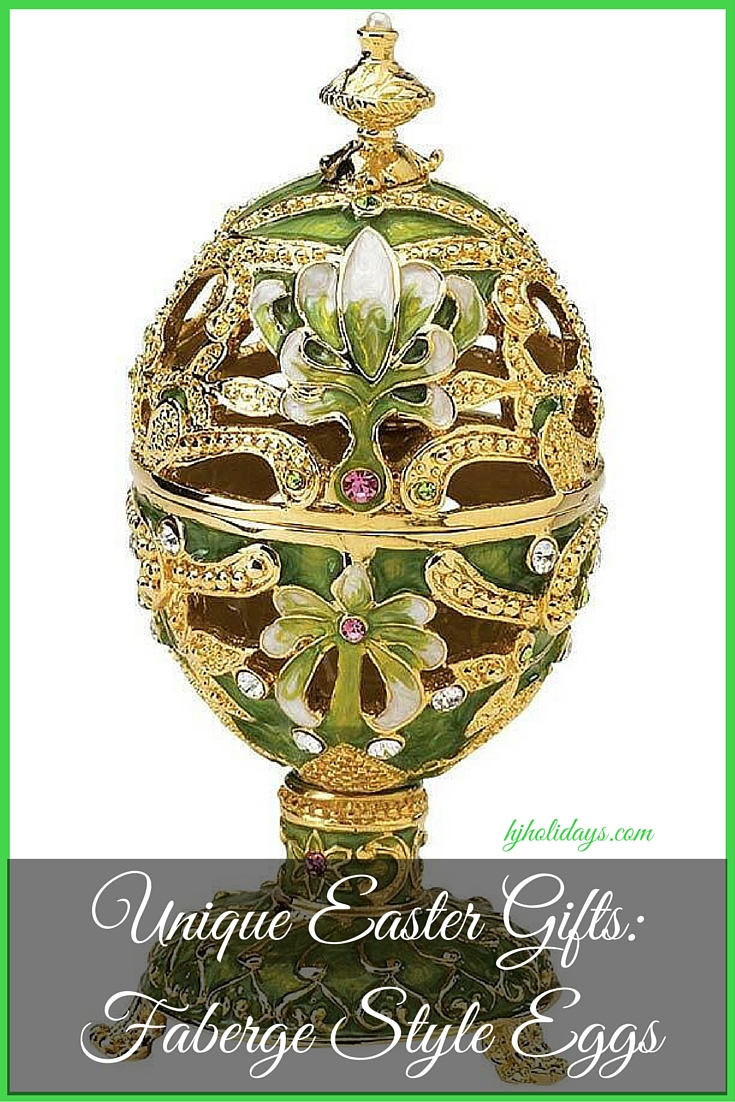