Rosh Hashanah is the first holiday of the Jewish year, and begins the yearly cycle of fall holidays which include Rosh Hashanah, Yom Kippur, Sukkot, Shemini Atzeret, and Simchat Torah.

These holidays hold deep meaning for Jews around the world, and are celebrated in the synagogue with special services and custom, and at home with rituals, music, and food.

The Rosh Hashanah holiday comes every year on the same days of the Jewish calendar, the first and second days of Tishrei. In the Hebrew language, the words Rosh Hashanah mean “head of the year” or “first of the year.”

The holiday has other names throughout Jewish literature but is most often referred to by others as the Jewish New Year. The name Jewish New Year is a bit misleading, because there is hardly any similarity between the American version of the New Year on January 1, and Rosh Hashanah, one of the holiest days for Jews in their yearly calendar.

Renewal for a New Year

One similarity between the American New Year and the Jewish Rosh Hashanah celebration is the concept of renewal each year. Many people use the New Year as a time to make resolutions to better their life. During Rosh Hashanah, we ask God for forgiveness, begin introspection for our sins and mistakes of the past year, and move forward to plan how to do better in the coming year.

At Home with the Jewish Holidays

For Every Season: An introspective guide to renewing ourselves during the High Holidays and throughout the Jewish Year

The Bible does not call this holiday “Rosh Hashanah,” but instead it is called “Yom Ha-Teruah,” the day of the sounding of the shofar which is instituted in Leviticus 23:24-25 or “Yom HaZikkaron,” the day of remembrance.

The shofar is the principle symbol of this holiday, a ram’s horn that is used as a musical instrument. It is blown in a similar fashion to a trumpet during Rosh Hashanah services during specific prayers.

One of the key observances for Rosh Hashanah is listening to the call of the shofar. There are four types of shofar notes that are played:

The shofar’s call is a call to repentance, and a call out to God. If the holiday falls on the Shabbat (Sabbath), the shofar is not blown.

Commemoration of the Day

Jewish law does not permit work to be done on Rosh Hashanah. The day is celebrated through synagogue services with an expanded liturgy and a special prayerbook called the Machzor used only for the High Holidays.

Apples and honey are eaten together on Rosh Hashanah to signify a sweet, New Year and often honey is added to other sweet foods such as cooked carrots.

Tashlikh is practiced on the afternoon of the first day of Rosh Hashanah. It is the symbolic casting off of sins. Jews walk to any flowing water such as a stream or river and throw crumbs of bread into the water. This is a custom that developed after the Bible was written. If the first day of Rosh Hashanah is on Shabbat, Tashlikh is practiced the following day.

Rosh Hashanah falls on the following days of the Gregorian calendar:

The Shofar and Rosh Hashanah

Days of Awe–Days of Remembrance

The Jewish High Holidays are a 10-day period that spans between Rosh Hashanah and Yom Kippur. These holidays are products of many layers of Jewish tradition that span thousands of years. The High Holiday season starts in traditional communities with penitential prayers and Selichot (Repentance) services the week before Rosh Hashanah. During this period, Jews are taught to prepare for Rosh Hashanah–the time when they are held accountable for all of their deeds from the previous year.

The Torah (Five Books of Moses) is cryptic when it comes to this holiday. It says, “In the seventh month on the first day of the month you shall observe complete rest, a sacred occasion commemorated with loud blasts.” (Leviticus 23:24) Rosh Hashanah is described in the Book of Numbers as a “. . .day when the horn is sounded.” (Numbers 29:1)

The Book of Psalms, which is attributed to King David, offers more details. “Blow on the new moon a shofar, during our day of feasting, for it is a law, a judgement of the God of Jacob. . .” (Psalm 81)

Blowing the shofar on Rosh Hashanah heralds the High Holiday season, a time of judgement, that ends with the Yom Kippur fast. It is a period of time that Jews are taught that God is more accessible, and Jews should ask forgiveness from everyone that they have wronged. It is a period of renewal and new beginnings for individuals and the community. 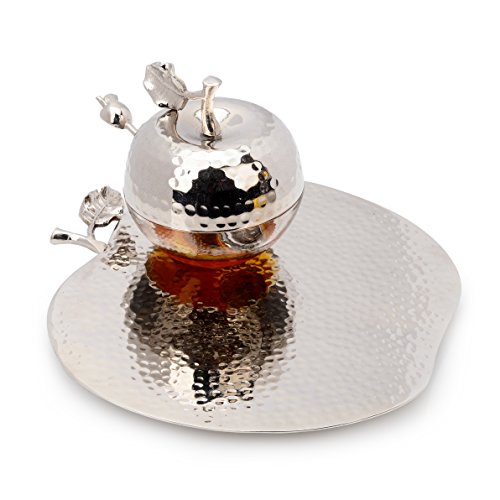 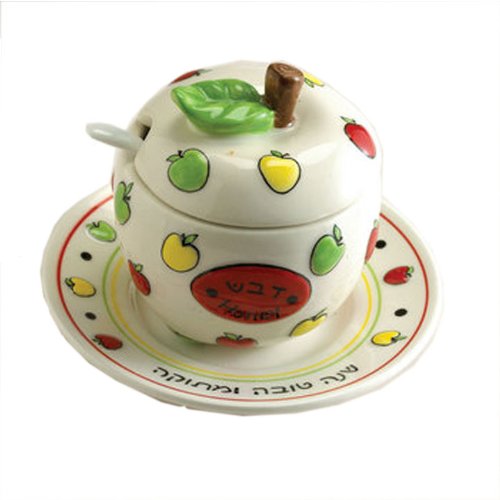 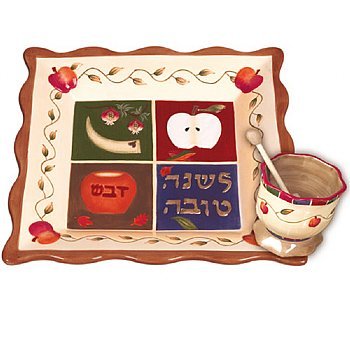 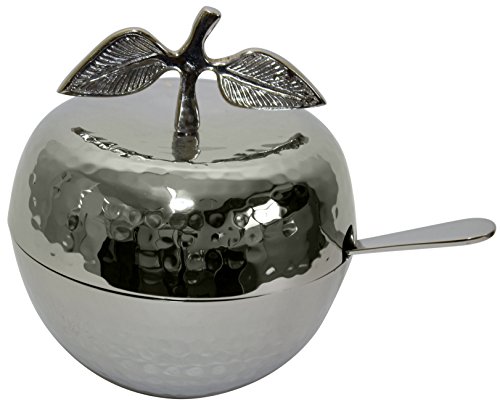 How to Celebrate Rosh Hashanah

“Then you shall transmit a blast on the horn; in the seventh month, on the tenth day of the month, the day of Yom Kippur, you shall have the horn sounded throughout the land…And proclaim liberty throughout all the land unto all the inhabitants thereof.”
— Leviticus 25

The shofar is one of the first instruments used in Judaic music. A shofar is usually made from a ram’s horn, but can also be made from the horn of another animal such as a sheep or goat. This instrument has been in use for over 5000 years.

In Biblical times, a shofar was blown for announcements of war or the end of war, and other important issues. 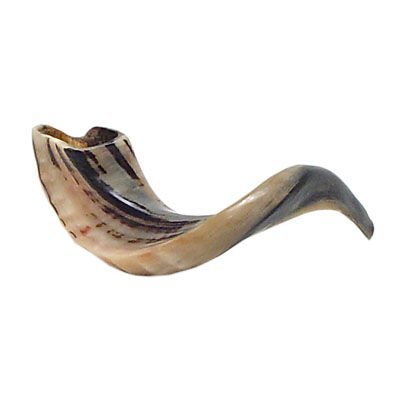 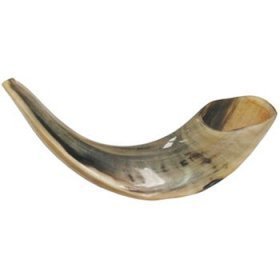 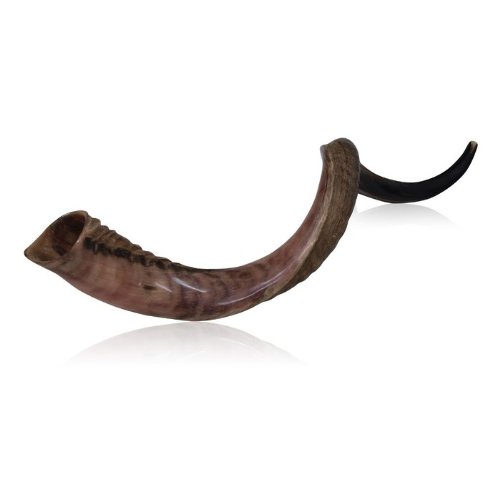 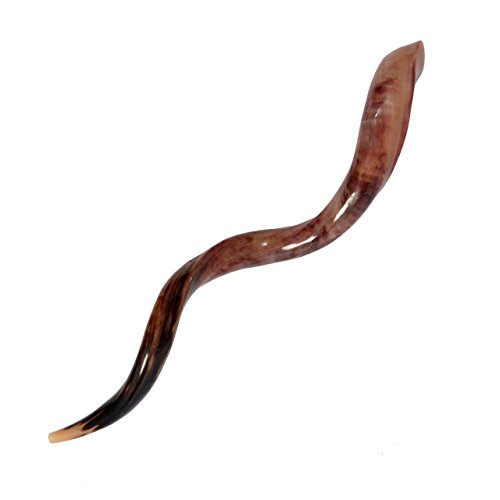 The Maccabeats – Book of Good Life

Bread is the most important food in the Jewish diet,” according to Maggie Glezer in A Blessing of Bread: The Many Rich Traditions of Jewish Bread Baking Around the World.

For Sabbath and Jewish holidays, Jews from European ancestry, Ashkenazi Jews, bake a special bread called challah (pronounced khalah) which is a soft, egg dough that is traditionally braided, then brushed with egg to create a sheen on the crust.

On Rosh Hashanah, challah is often sweetened with raisins and dipped in honey before eating for a “sweet New Year.” Challah is braided into a round shape for a “good round year.” 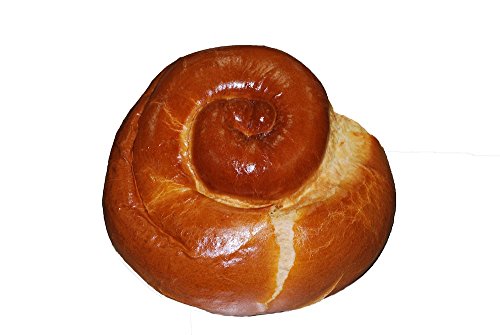 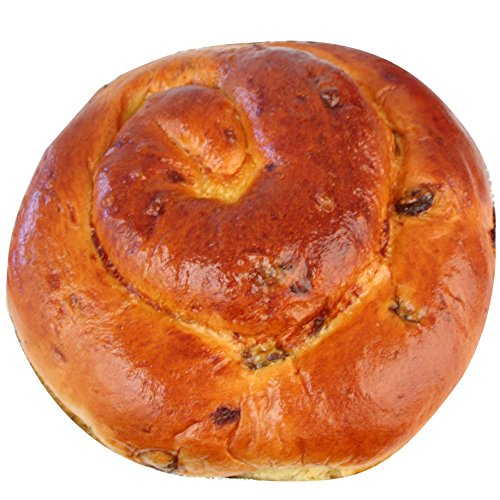 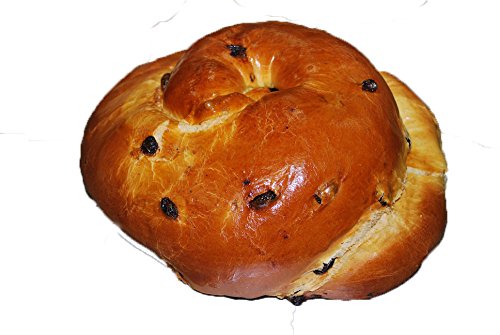 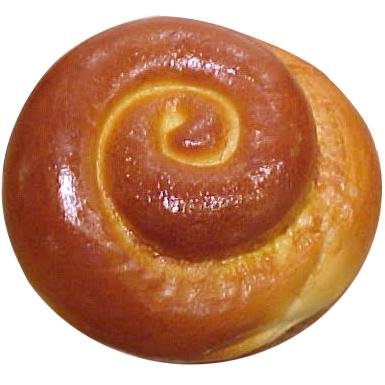 Zomicks Holiday Round Egg Challah for Rosh Hashanah and Sukkot 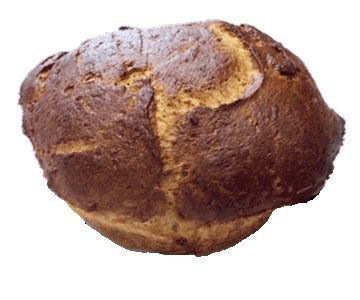 Beigel’s Round Challahs – Pack of 2 Challahs 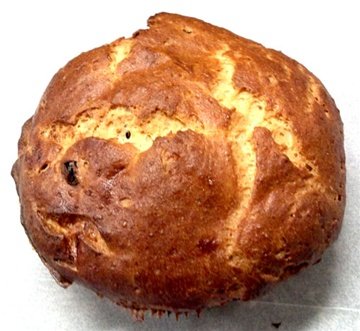