Designer Kurt Adler makes beautiful nutcracker decorations for Christmas! If you are looking for a decorative piece, I think you will enjoy the ones I have showcased in this article for you.

These Christmas adornments come in a variety of sizes, including tree ornaments, which make great stocking stuffers and package toppers! They are also a nice gift for the collector.

I think that these neat items can be incorporated into just about any theme you have in your home for the holidays.

I love the red, white and pink colors used in this Hollywood design line by Holly Adler for the Kurt S Adler Inc line of decorations. The cupcake hat includes a cherry on top and is a perfect for anyone with a sweet tooth. Even though it is meant for Christmas, this could even be used as a Birthday centerpiece for a little girl. It is just so sweet and festive!

Designed in the style of the old German creators this chubby little baker holds a gingerbread house, a toy soldier and a cookie. I think this style looks more like the traditional nutcrackers that so many of us are used to but has a contemporary whimsical appeal, too. 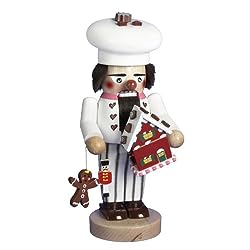 The now famous ballet was first performed in December 1892 in a theater in St. Petersburg. It was not a success as we would imagine that it would have been. Tchaikovsky’s music was the star at the time and not the ballet performance itself.

The company who is known for so many festive figures to use for holidays has several choices that have the gingerbread theme about them. Below you will see an example of one that is available for this holiday season. 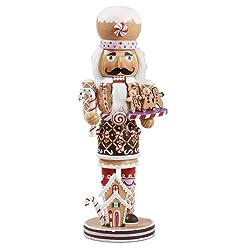 The March Of The Toy Soldiers

Perhaps these nutcracker soldiers were inspired by the song in the ballet: March of the Toy Soldiers. It is one of my favorite songs in the ballet.

One of the wise men of the Nativity can make a nice decoration for your Christmas holiday. Kurt Adler has a nutcracker paying tribute to one of the Wise Men. The name of the nutcracker is Balthasar but does not depict him as the Magi from Africa which has become a popular translation of the Christmas story. 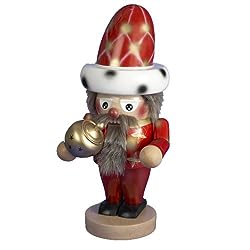 In The German Tradition:

Nutcrackers were originally given in Germany as a keepsake for a family to help protect the home and bring the family good luck. With his power and strength the Nutcracker would guard the home from evil spirits and keep danger at bay.

Thank you for stopping by today to see the selection of Christmas Nutcrackers made by the fine people at Kurt Adler. Aren’t they just really so much fun? Do you have or know someone who collects them?